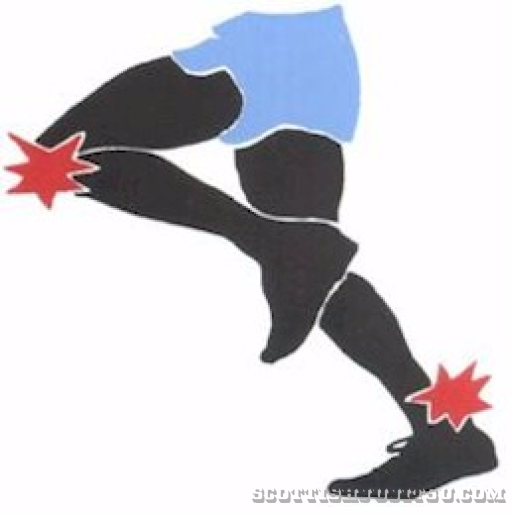 In this profile we deal with the sciences, which explain the 'workings' of Ju Jitsu, including anatomy, physiology, biomechanics, advice, injury prevention, treatment and rehabilitation, etc.


This article intends to dispel the many myths perpetuated by so called experts in respect of Lactic Acid. Many, Coaches, Physiotherapists, Trainers etc., have claimed that lactic acid is responsible for all ills, making you sore, injuring your muscles, causing cramp, leading to oxygen debt etc., etc. The list goes on and on. Nothing could be further from the truth. Lactic acid is not a bad substance at all in fact it may actually be rather nice in a way, as far as metabolites are concerned. Read more....

In order to prevent being long winded it is suffice to say that lactic acid is the breakdown product of glucose and glycogen produced during glycolysis. The prefix ‘glyco’ refers to the sugar – glucose (which when strung together and stored in the muscle makes glycogen). ‘Lysis’ means the splitting or breakdown. Therefore glycolysis means the splitting or breakdown of glucose. Essentially, lactic acid is a glucose molecule split in half. Glycolysis can proceed so quickly that the formation of pyruvate far exceeds the capacity of the mitochondria to accept pyruvate into the Krebs cycle. The Krebs cycle ultimately results in the aerobic formation of ATP the primary form of cell energy. The excess pyruvate is converted into lactic acid.
You should also know that the terms lactic acid and lactate are often used interchangeably, even though they really aren’t the same compound. The lactic acid formed through glycolysis quickly releases a hydrogen ion and forms lactate.

Does lactic acid make you sore?
The belief in this is actually a myth perpetuated by the ignorant. It has been know for over 16 years that lactic acid has noting to do with delayed onset of muscle soreness. The soreness is attributed to the unaccustomed overwork of the muscle. Mechanically, the myofibrils of the muscle tear during eccentric contractions of the muscle, that when the muscle contracts as it actually lengthens. It is surprising but muscles actually do that. In fact if your body performed only concentric contractions it would never get sore.

Does massage help remove lactic acid?
Many exercise Therapists claim that one way massage helps your muscles recover by enhancing the removal of lactic acid followed by a hot salty bath. There is absolutely no evidence to support this theory. Massage may make you feel good but there is no evidence to indicate that there is any change to the amounts of lactic acid in the blood before and after a massage following strenuous activity. Test have been carried out and found that mild exercise after a strenuous session is more beneficial. This doesn’t suggest that massage for sportspeople is useless, just that it has nothing to do with the evacuation of lactic acid.
Lactic acid – what is it good for?

Firstly, the accumulation of lactic acid during exercise can interfere with muscle contraction, nerve conduction and energy production which can lead to acute fatigue. This is one reason why you tire during a training session. However lactic acid is not just a by-product of energy metabolism; it’s an important energy source.

The glucose paradox hypothesis suggests that when you ingest dietary carbohydrate, instead of it entering the liver and being converted into glycogen, it may actually bypass the liver and enter the circulatory system for conversion directly in the skeletal muscle system. Alternatively, lactate can enter the body’s systems be converted into glycogen in the liver where other tissue such as the heart, liver and kidneys can use it as fuel on demand. The heart cannot function well without large amounts of lactic acid and after about 1 hour of finishing exercise there is no lactic acid left in the skeletal muscle. During the recovery, the heart demands the lactic acid for its use as a fuel.

So why this backward path for liver glycogen formation? Lactate is removed quicker from the blood than glucose which expedites the disposal of dietary carbohydrate without a tremendous insulin surge and stimulation of fat storage. Lactic acid can also be used as an important fuel or as a source for glucose and glycogen synthesis. When exercising intensely, lactic acid produced in your fast twitch fibres can actually go to a slow twitch fibre, which can then use it as fuel. Approximately 75% of the lactic acid made during exercise is used as fuel and the remaining 25% is converted to glucose in the kidney and liver. The removal of accumulated lactic acid helps avert excessively high levels and conversion of lactate into glucose, helps maintain sufficient levels of blood glucose which is very important during prolonged exercise. Additionally, during prolonged intensive exercise when the muscle demand for glucose is depleted in e.g. the legs, lactic acid can be obtained from inactive muscles, in this case the arms, chest, etc., from their glycogen stores. This lactic acid then travels to the liver to be converted into glucose to be shuttled back to the muscle via the bloodstream. In the muscle it serves as a substrate for glycogen synthesis, so even your inactive muscles play an important role in muscle recovery.

An important metabolic regulator
Since lactic acid is half the size of glucose, it penetrates cellular membranes easier. Unlike glucose, which requires insulin to help transport it across the cell membrane, lactic acid needs no hormonal support. Muscles can release large amounts of lactic acid into general circulation, where it can serve as a potential fuel source and precursor for glycogenesis. So the next time anyone tries to bamboozle you with the side effects of lactic acid, you can smile back knowingly and dispel the myths.